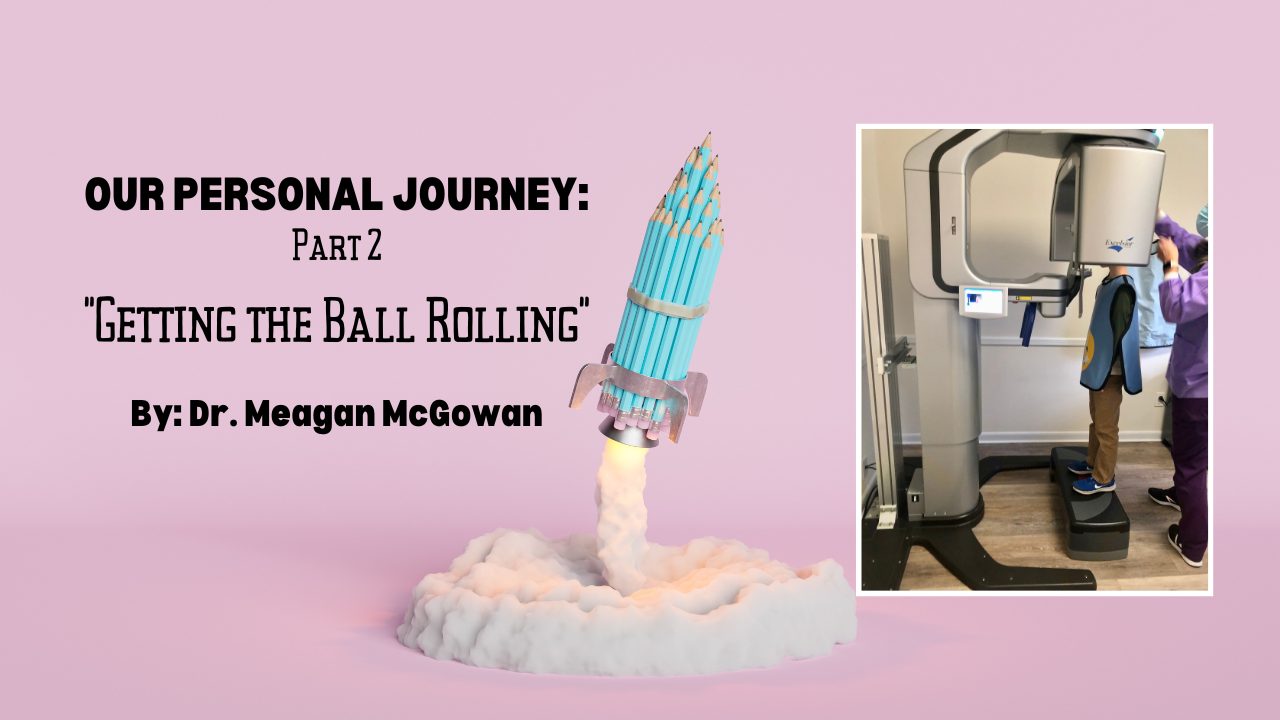 Part 2: Getting the Ball Rolling.
By: Dr. Meagan McGowan

Last month I introduced you to the journey we started with our 8 year old son Briggs and the connection we are making between his oral motor function and his allergies.  It would benefit you to read it if you haven’t already to understand why as a Chiropractor I am highlighting a specific focus of dentistry in this month’s blog. Read Last Month’s Blog Here

To recap, we left off with Briggs being diagnosed with a couple of cavities.  To many this may seem ridiculous that a cavity or two could send a Mother (me) into such a spiral but the report of him having a couple of cavities was just another check in the box of underlying dysfunction.  As Chiropractors, our main goal is to identify underlying dysfunction in the body, not chase symptoms, as they are only the clues.  What Briggs was dealing with was outside of my field of expertise and I needed to develop a plan that would look beyond his symptoms and get to the root of it all.

As a person outside of the dental profession, I always understood a cavity to be the result of poor brushing, lack of flossing, and/or consuming too much sugar.  As I started digging into how to better Briggs’ oral health, I was quickly finding that those reasons listed weren’t the top cavity causing reasons at all.  In fact, the cavities were no longer the reason my analytical mind was spiraling.  The consistent mention of mouth breathing, restriction/tension within the mouth, improper movement of the tongue and lips due to these restrictions…everything I read mimicked Briggs’ innate way of being right now.

My mind is darting

… and then I finally have a moment of clarity.

I came across the mention of an Airway Dentist.

Having absolutely no clue such a provider exists, I finally felt like all of my concerns for Briggs could actually be understood by one such provider.  My internet search took a sharp turn to better understand how an Airway Dentist could help Briggs.

We initiated Briggs’ treatment at Great Smiles of NJ in March.  We had a very thorough conversation with their Dental Sleep Medicine Coordinator, Jenn, who consulted with me about Briggs and whether or not their practice would be a good fit for him.  It was decided that he should be seen by the Doctor to best determine a treatment plan.  Everything I reported was exactly what they have seen countless times in their office; so much so that Jenn’s questions about Briggs made our last several years of him struggling come full circle.  Briggs was very curious, as was I.  We were told it would be an extensive first visit, and IT WAS, in the most thorough way.

Dr. Michelle Weddle has extensive training in Pediatric Dentistry and amongst many other specialties I was most intrigued by her knowledge of Airway Dentistry. 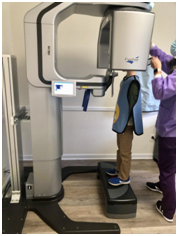 Upon our arrival Briggs’ posture was evaluated and pictures documented.  We were escorted to a treatment room where Briggs was examined thoroughly, pictures were taken to further understand the structure and soft tissues in his mouth.  Dr. Weddle would stop and explain her structural findings of his teeth, tongue, and fascial restrictions.  She noted the alignment of the lower teeth compared to the upper, pointing out compensatory growth patterns.  She explained how the movement of the teeth is dependent on how the tongue and lips move.  His present, long standing, upper lip and tongue tie has most likely contributed to his high narrow palate.  With his palate aligned the way it is, she predicts that his airway will be narrowed contributing to his overall breathing and inflammatory struggles.  As the visit progressed the unraveling of cause and effect continued, from the resting position of his tongue to the movement of his jaw.  I of course asked what could be done and she said without hesitation in order for his breathing to improve (the most pivotal of all her concerns) his palate needed to widen.  Once there is room, his motor function can improve by removing his ties and performing myofunctional therapy.  It all must happen in a specific order because without the space his oral function will not improve.  I was understanding how the mouth silently absorbs all of our stress and compensates much like that of our joints and soft tissues throughout the body as a whole.  I felt encouraged as Dr. Weddle’s approach to practice seemed to parallel much of our own at Core.

Dr. Weddle discussed her course of action which would be to further her understanding of Briggs’ anatomy through a maxillofacial CBCT scan provided in office as well as dental impressions created through digital images taken with a probe like camera.  All non-invasive diagnostic tools that took only minutes.  She also wanted Briggs to wear a device, a ring, for two nights measuring his sleep patterns and breathing.  This would provide data that could indicate Briggs’ need for a sleep study, ruling in or out Obstructive Sleep Apnea.  Briggs was up for it all and I was thrilled at the possibility that all of this could be our jumping off point in improving Briggs’ overall health.

Part 3 of our journey will include Briggs’ test results, our action steps, and why we decided to do things a bit different for our newborn daughter Navy.  Stay tuned!